The slippery slope argument is difficult to both use and dismantle because our perception of the slippery slope denies us the best tools for handling such arguments. Let’s work with a simplified form of the argument stated as such, “If you allow Action C, then that would lead to Action F.”

Typically, the slope would then be viewed as such in Figure 1 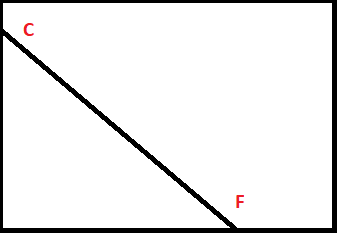 Where allowing C is the top of the slope, and allowing F is the bottom, or the worth possible eventual outcome of allowing C. The argument for this slope is that steps along it logically, or at least practically, will lead to the worst outcome. The argument against it is that allowing C is just a single step down, and does not necessarily mean that F will happen.

This is difficult, though, because what is the start of the slope? Is it C, which leads to F? What about where we currently are in terms of what we allow for Action, B? Is that not on this slope? What if D or E are acceptable middle grounds that last for years, decades, or centuries? With this toy conceptualization of the slippery slope argument it is too difficult to make headway on whether our argument for the slippery slope is valid. Let’s look at Figure 2 instead. 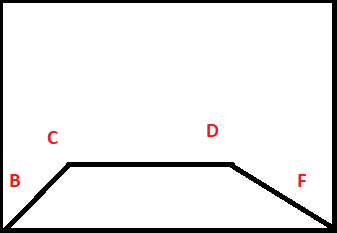 This diagram immediately makes clearer the kind of argument we are really working with. It seems that B is where we are now, and arguing for C is really hard. Upon reaching C, it seems we can, with constant effort, reach D. However, sliding from D to F is very real, and even skips past E.

Can this slope not be viewed in reverse? By allowing C, we actually are very close to slipping back where we currently are, which is B. Likewise if we started at C, then moved to D, it would require the same level of effort to move back to C. This feels more intuitive to grasp and think about than just a simple line downwards.

To clarify, when I say “effort required” to move from one point along this to another, we might mean that it takes little logical reasoning. “If we ban this, why not just also ban that thing while we are at it”? is a common usage of slippery slope. We might also mean “allowing the government to use license plate readers means they can observe all your movements”. It is practically very little effort for a system which automatically reads license plates to also automatically record everywhere that car goes. “Effort to move” along a slippery slope is malleable and is specific to the argument.

This “Slippery Hill” much more readily identifies how the slippery slope argument can be rejected: “allowing C is very difficult, but it would still take effort to reach D, before the real threat of a slippery slope emerges. Also, allowing C has the opposite problem of being too easy to undo”. Finally, we can reject the argument in a constructive manner.

But….can’t we do more with this visualization? What if the space between C and D were greater, or had hills and valleys of their own? What if the “bounding box” I have deliberately drawn is just a slice of a larger argument and is itself a hill or valley to some grander argument? 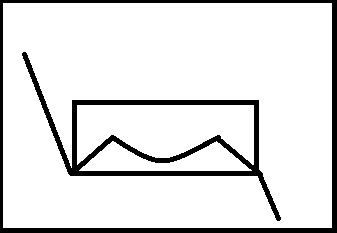 Figure 3 shows the full space the argument could take, perhaps outside of what two people arguing may see, or even consider “possible” for the breadth of a given slippery slope. But it doesn’t resolve one last issue with the visualization of the slippery slope: two people can view the same slope differently. To one person, moving from C might as well be allowing F, or even G which is an extreme view, whereas the one for C might argue that the effort required to get to F is actually far greater than that to get to C, or the slope isn’t as shallow as perceived. 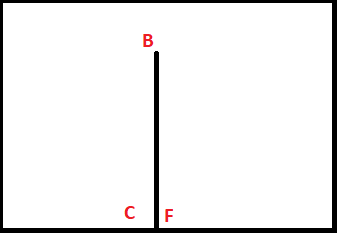 Here, the “slippery slope enthusiast” sees no meaningful difference between C and F: banning high capacity assault rifles is the same as a citizenry with no weapons at all and totally helpless before government oppression. Conversely, allowing those same weapons is no different than allowing private citizens to own tanks and to shoot anyone for anything.

And what of those that reject the slippery slope without a second thought? Perhaps the best way to view it is as a series of disconnected points, as in Figure 5. 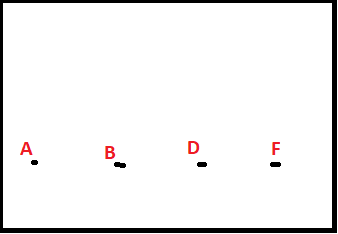 To the enthusiast, any move from the status quo is apocalyptic, whereas the skeptic of the slippery slope sees everything as its own intellectual island and completely dismisses the effort required to move from one position to the next. There is no concept of requiring a “lot of effort” to adopt action C, or to suddenly arrive at F after embracing D (referring to Figure 1). They would reject modern slopes happening today and those of the past as coincidence or not worth considering. 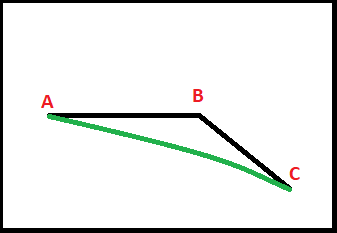 Here, moving to A or to B isn’t significant, though there is some risk of sliding down to C. What if we imagined the green (lighter) line as a different action being allowed or disallowed suddenly changing the slope? Or one gaining new knowledge or some state of the world changing that brings the reality of the slope more real?

We could even view the “slippery slope” as a 3-dimensional plane like a topological map of a mountain, with different paths open or denied us pending certain blockages removed or hills filled in.

Now we can finally see: the slippery slope is a malleable hill, upon which all the other “hills” of argument, actions, personal views, information, and actions constantly form and reform and differ from one another. In order to engage with a slippery slope argument, we must contextualize the hill for all kinds of variables. We must acknowledge the very real slopes and we need to ensure we talk about them usefully by making specific arguments of how that slope can be made harder to slide down, or how mitigating factors can be introduced.

We must take care to help those whose personal slippery slope is too vertical, or too disconnected, are made to understand those biases as they apply to the specific argument being analyzed, and to find some path that leads to a healthy argument.

With the cognitive space of the “slippery slope” more fully visualized we are able to honestly intellectually engage with slippery slopes that we might reject or accept.